Today was quite possibly the best Digital Immersion day I have had to date.  We were set with the task of creating a stop motion movie to teach our learners an idea or concept.  I chose to create a stop motion based on beach safety and rips, as it will fit into our aquatics inquiry.

Whilst the movie doesn't look like much, it took a lot of planning, creating and editing!  An important lesson I learnt is if you are using a newer model iPhone, take the 'live photo' capability off before you start taking pictures.  I got a big shock when I uploaded my photos onto my mac and discovered every image was a 3 second clip!  But with some playing around I found a way to turn the live photo off and upload it using iPhoto Library (instead of the Photos app that pops up automatically).

To create this stop motion I first created my beach scene by taking photographs of my 'waves' crashing onto the shore.  After uploading the images to iMovie, I changed the duration of each image and saved it as a file.  I then created a new iMovie and imported the clip of my waves crashing. Next, I copied the clip, and changed the second one to 'reverse', as I wanted the waves to roll in and out.  Then I copied the two parts and pasted it numerous times so that the waves would be continuously rolling in and out throughout my clip. Then I saved this as Beach Scene. 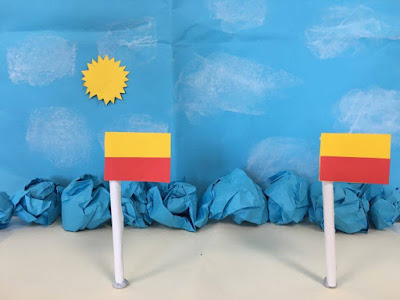 I then had to adjust the speed of some of my photographs.  This took a lot of time because some of my speech bubbles had a lot in them, so I needed to make sure my learners would have enough time to read them.  After this, I saved the iMovie and labelled it 'Green screen'.

Next I had to put it all together.  I created another iMovie and imported the Green Screen and Beach Scene files.  I placed the Green Screen file on top of the Beach Scene, and changed the overlay to 'Green/Blue Screen'.  At times you could see the creases in the paper of my background/foreground and stick I used for the speech bubble, so I had to fix this using the eraser tool. Lastly, I added a sound clip.

There are a few things I am unhappy with (like the occasional finger and watch strap making an appearance on screen and that I didn't quite place the green screen and characters in the perfect place), but overall I am pretty pleased with how it turned out. It was lots of fun and I thoroughly enjoyed the challenges that arose when creating a stop motion movie.

Tell me what you think! 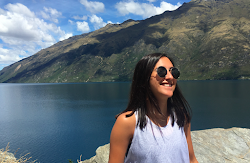 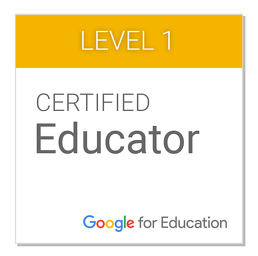